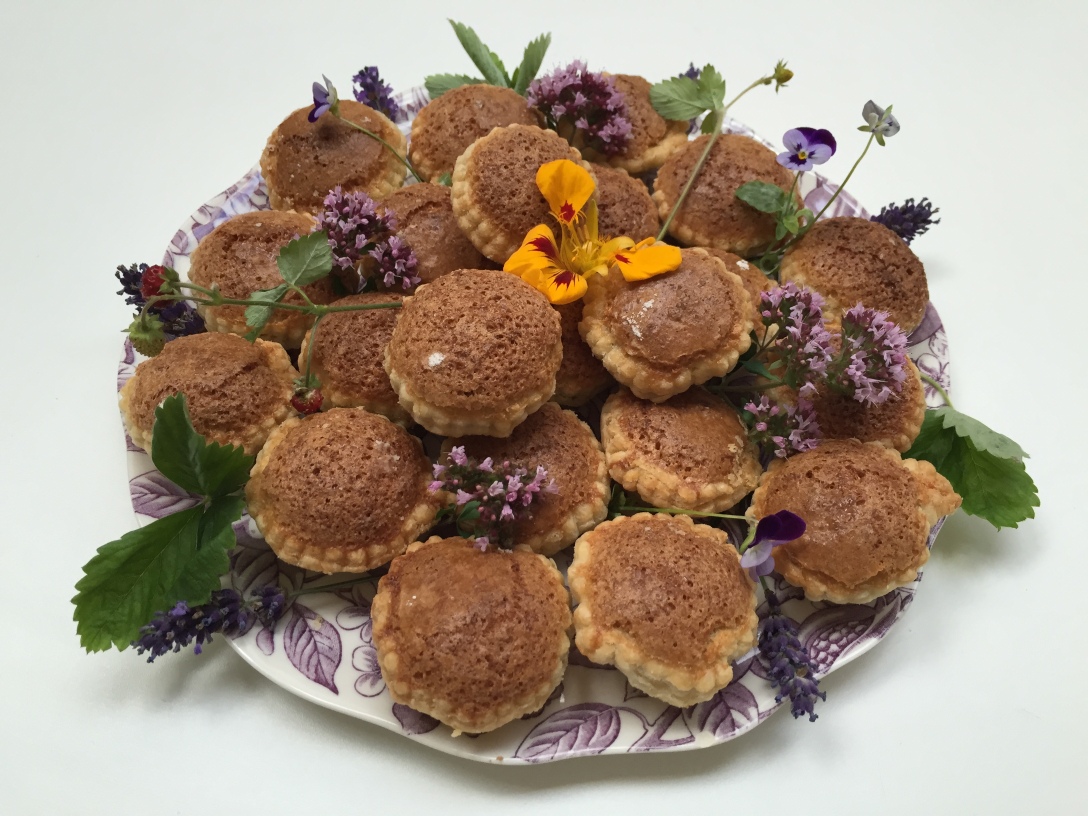 When you read any of Charles Fourier’s utopian tracts you can’t help noticing what an important part sugar plays in his idea of the perfect world. He constantly refers delicious cakes, jams and sweets, and does it with such relish that it feels obvious that his future world, Harmony, was the perfect place for anyone – like him – with a very sweet tooth.

One of the cakes he mentions most often is the mirliton, and everyone who has written on Fourier’s theory of gastrosophy mentions them too, equally casually. But one day I asked myself – what exactly IS a mirliton? And where can I get one? In fact, why am I not eating one right now as an essential element in my research? I started to ask for them in bakeries all over Paris, and other towns I visited in the south, and made the not entirely original discovery that the best way to feel extremely foolish about your apparent lack of mastery of the French language is to ask a pâtissier about a cake he’s never heard of: rest assured that it’s never him, it’s you!

It became clear that if I wanted this essential taste of Harmony in my life I had to find a recipe and make one myself. The Néo-physiologie du gout par ordre alphabétique, ou Dictionnaire général de la cuisine française ancienne et moderne (Paris: 1839) obliged, with not just one recipe, but a basic recipe and two variations. This in itself was very exciting, as one variation was for Mirlitons de Rouen and one for Mirlitons à la parisienne. If you have read about Charles Fourier’s formative years you will know that in 1789 he made his first trip to Paris, via Rouen, at the age of 18. Clearly this visit, at such a significant time in his own development and in the social and political history of France, had a major influence on the rest of his life, thought and writing. For me, it’s intriguing also to wonder if the mirliton was another significant yet somehow hidden discovery on that trip, and speculate that the lighter, puffier mirliton of the Parisian recipe only added to his enchantment with that city.

So, what are they like? I’d say, with Fourier, they are miraculous, and a true taste of paradise: fluffy, dainty, light as air, beautiful to look at, delicious to eat. Watching them through the oven door as they rise at unlikely speed to an impossible height completely explains their name – a non-edible mirliton being somewhere between a kazoo and one of those party blowers that hoots as it unfurls a long flat tongue when you blow into it. For every reason I reckon the mirliton, baked to be as light and sweet as Harmony demands it, is long overdue for a major comeback.

Melt the butter and allow it to cool. In a bowl mix together the two whole eggs and 2 egg yolks and stir in the icing sugar, crushed nut meringues, orange flower water and the pinch of salt. Mix in the cooled melted butter. Beat the 2 egg whites into soft peaks and fold them in to the rest of the mixture.

Fill the pastry cases with the mixture.

Sift icing sugar over them to give a light dusting over the whole surface, and sprinkle a few grains of Demerara sugar on each one.

Bake in a medium to hot oven, with even bottom heat, for about 10-15 minutes. The pastry and the filling will puff up to an unlikely-seeming height – if they don’t, adjust the oven temperature and stand your filled trays on a hot metal tray or baking stone.

Serve hot or cooled on the day of baking. They don’t really need any embellishment but if you want to plate them as a dessert they are good with some fruit coulis (raspberry or blackberry) on the side.

For a more printable version of the recipe, look on the Recipes page.